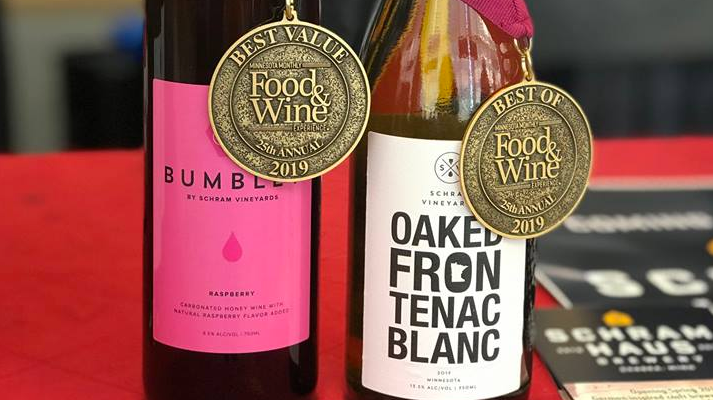 As part of the event, Minnesota Monthly conducts a blind tasting and recognizes some of the best wines.

While the majority of the event’s wine vendors hail from California and the Pacific Northwest, Minnesota Vineyards competed against wines from across the nation, and were recognized as Best Value Fruity Wine, Next Chapter Winery’s 2017 Blackberry Delight ($14.99) and Best Value Sparkling, Schram Vineyards for their Raspberry Bumbley ($15).

Minnesota Monthly also included categories for Cool Climate wines, which allows all wines produced with cold-hardy, hybrid grapes (primarily Minnesota and Wisconsin wineries at this year’s event) to compete against one another. The full list of winners from this year’s event included below.