With many small and unique neighborhoods nestled together, Minneapolis can almost claim to be many cities within a city.  One such mini-metropolis is the Longfellow neighborhood, an eclectic mix of old and new; a balance of mid century family run businesses working harmoniously alongside newer. It’s a place that feels full of potential, of good things on the cusp of blooming. 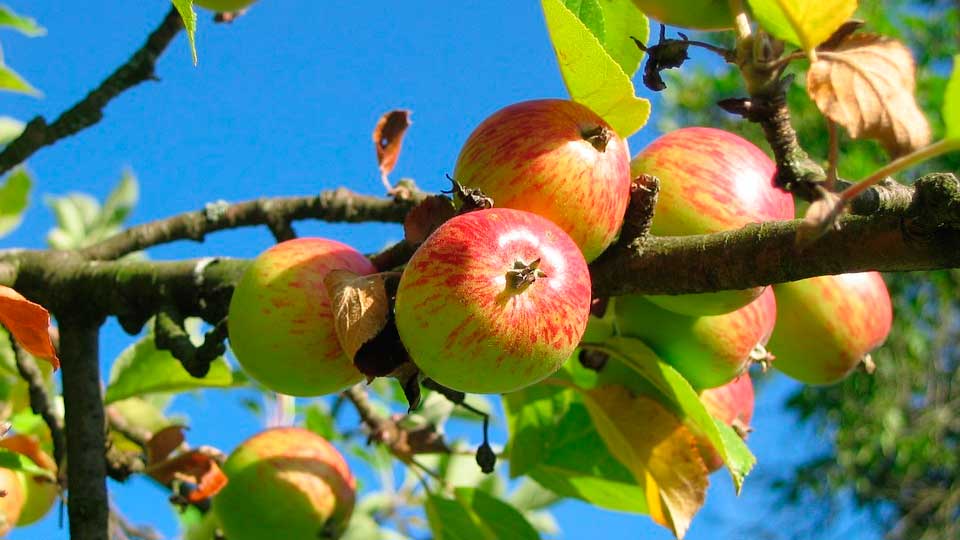 One of these good things blooming is Urban Forage Winery & Cider House, which just opened this past spring in the Longfellow neighborhood on East Lake Street. It has the distinction of being the only winery in the state within the city limits of Minneapolis. In the few months they have been open, they’ve already produced nearly three thousand gallons for bottling. How do they manage this feat without acres upon acres of hillside vineyards? By thinking differently! 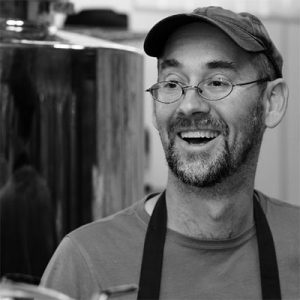 Why embark on a farming enterprise when your specialty is wine-making, and the metro area’s streets are lined with prime ingredients, free for the taking?

From crab-apples to dandelions, rhubarb and more, Minnesota has an abundance of natural harvests that can be made into delicious wine with the right know-how — founders Jeff and Gita Zeitler know how to take local and seasonal to new levels.

Jeff began wine-making in college, and has been refining his techniques for 20 years. He’s gotten pretty good at it, but it wasn’t until recently that the Zeitler’s had the space to start thinking, ‘hey, maybe we should try to sell this?’ Originally, the Zeitler’s rescued their then-vacant building with the intent to rent it.

Instead, what grew out of that space was an idea.

The idea was simple; to make all natural, seasonally-harvested alcohol from locally sourced ingredients. “We wanted to be in the city. We love the city. The city is where the people are!” exclaims Jeff.  The city is also where ingredients are ripe for the taking; every bottle that comes from Urban Forage is made from ingredients harvested throughout the Twin Cities, picked at the peak of its season.

An Honest Expression of Flavors

Often wine companies try to make their product taste the same from year to year, and do so with additives and artificial flavors. “What we make is an honest expression of what the fruit is,” Jeff mentions. “But in nature,” reminds Gita, “every season’s fruit is different”, as the weather can affect the flavor from year to year.

Everything Urban Forage makes, from cider to the upcoming dandelion wine and mead, is chemical-free. Jeff assures that the cider they serve in the bottle shop contains “No sulfites, no potassium sorbate. Just pure fermented apple juice.”

And indeed, their Dry Apple Cider has the fragrance of freshly sliced apples and tastes just like biting into a tart green apple. The Semi-Sweet Sparkling Cider, their best seller, has a subtle fruity sparkle and is lightly sweetened with organic cane sugar. Their current limited edition is  Sparkling Pear Cider. Their last limited edition, the Cherry Apple Cider, sold out in under two months. 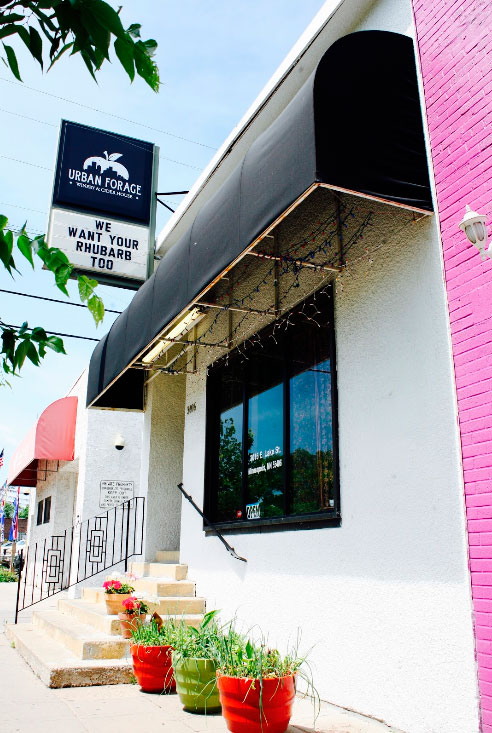 Already a dozen liquor stores carry Urban Forage semi-sweet cider (check their website for details) but for the limited editions and specialty flavors, you have to go to the source itself at Urban Forage‘s bottle shop. We recommend stopping in as they typically have some varieties for sampling, and have a chat with the Zeitler’s while you sip some fresh Minnesota cider, too!

The Future is Bright

What do we have to look forward to from Urban Forage in the next year? Later this summer there will be a bounty of country wines– dandelion, rhubarb, crab-apple — ready to share with the neighborhoods that grew the raw materials. By next year, this space will be transformed.“ Jeff explains how construction on what is currently a simple bottle shop will become a taproom over the winter.

How can people get involved?

Urban Forage is always on the lookout for volunteers for picking, keep an eye on their Facebook or Twitter. Soon they will be harvesting autumn apples. “We were in our minivan all last fall, picking apples from Longfellow, Powderhorn, Highland Park…from neighborhoods all over Minneapolis and St Paul.”

You can also let them pick your fruit, if you have a surplus in your yard or at your business. Visit their websote for details!

When you enjoy a glass of Urban Forage cider, you’re tasting what the Twin Cities has to offer. Honest to goodness!

You can visit Urban Forage Winery and Ciderhouse in Minneapolis at 3016 East Lake Street 55406 or online at urbanforagewinery.com.

Sam is a Twin-Cities based freelance writer.