R.T. Rybak: An inside look at his memoir (and also his taste in wine) - Minnesota Uncorked™
Skip to content

R.T. Rybak, former mayor of Minneapolis gives us an inside look at his new memoir, “Pothole Confidential”, and also his taste in wine, in anticipation of an upcoming talk on his book at North Folk Winery on June 23.

A Brief Look at Rybak’s History

In 1974 while in high school, Rybak already had plans to become the Mayor of Minneapolis, and as he also mentions, “a taste for Boone’s Farm” as well. In case you’re fact checking, Boone’s Farm is not actually wine, its fruit flavored malt liquor (and yes, Rybak was in high school while the drinking age was only 18; so this gubernatorial hopeful was not breaking any laws.)

Fast forward to 2002, Rybak was elected mayor of Minneapolis and served three terms (2002-2013). A focus of his tenure was addressing the achievement gap and continues to be today through his current position as the Executive Director of Generation Next, a coalition that helps improve academic outcomes for children of color. 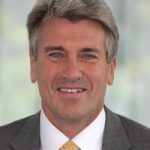 This spring Rybak released a memoir, “Pothole Confidential”, which he describes as a “behind the scenes look at running Minneapolis”, and was written with the intention to “give an honest look inside city hall.”

On June 23, North Folk Winery (Harris, MN) will be hosting Rybak for a talk and signing of “Pothole Confidential”. During this ticketed event, listeners will be fascinated with behind-the-scenes stories, have the opportunity to mingle with the the former Mayor, and have their book signed (more details below).

In case you’re questioning Rybak’s credibility when it comes to his preference for fruit-flavored malt liquor, we’re happy to report his taste has matured since, as he mentions an appreciation for wines from “St. Croix Vineyards, Parley Lake Winery, or Knudsen Vineyards.”

Advance Ticket Purchase Required
$20 – Must be purchased by Tuesday, July 14 from Scout & Morgan Books in Cambridge, MN: 763-689-2474
Tickets may be picked up in-person or can be mailed

Wood-fired pizza, salad, and dessert. Wines, ciders and craft beer available to purchase separately. Rybak will be sharing behind-the-scenes stories, and will be available to mingle and personally autograph his book for you!