Earlier this year Cannon River Winery announced their “Grandmas” were retiring: Irene, Rosella, and Lorraine — three demure ladies, namesake wines that have been staples on the bottle shop shelves since 2004.  The Grandma series were named after grandmothers to the previous owners and founders, John and Maureen Maloney.

As it turns out, Cannon River changed hands in September of 2016 with Ron Stowell of Eagan becoming the majority owner. The Maloneys are still involved in the business but have taken a backseat to running the operation, with Stowell taking the lead.

One change that has been anything but subtle, was a countdown spilling out all over Cannon River’s marketing this spring. We got let in on the secret early when they reached out to us with a preview of what was to come:

As I type that, I wonder if my autocorrect is going to blow up with a warning that I can’t swear on Minnesota Uncorked.  But who gives a shit.

A first look at this label you can’t help but smile.  I’m kind of a nerd about these things, so indulge me for a minute: I LOVE the handling of “bitch” – raised letterpress, a grapevine for the “i”… but I couldn’t help but find myself feeling they somehow represented kitschy packaging I’d pick up for a bachelorette party as a novelty, but they probably wouldn’t be serious wines.

In my genuine dedication to providing you a complete analysis, I sampled them all (you’re welcome), and make no mistake: these are some seriously tasty wines. 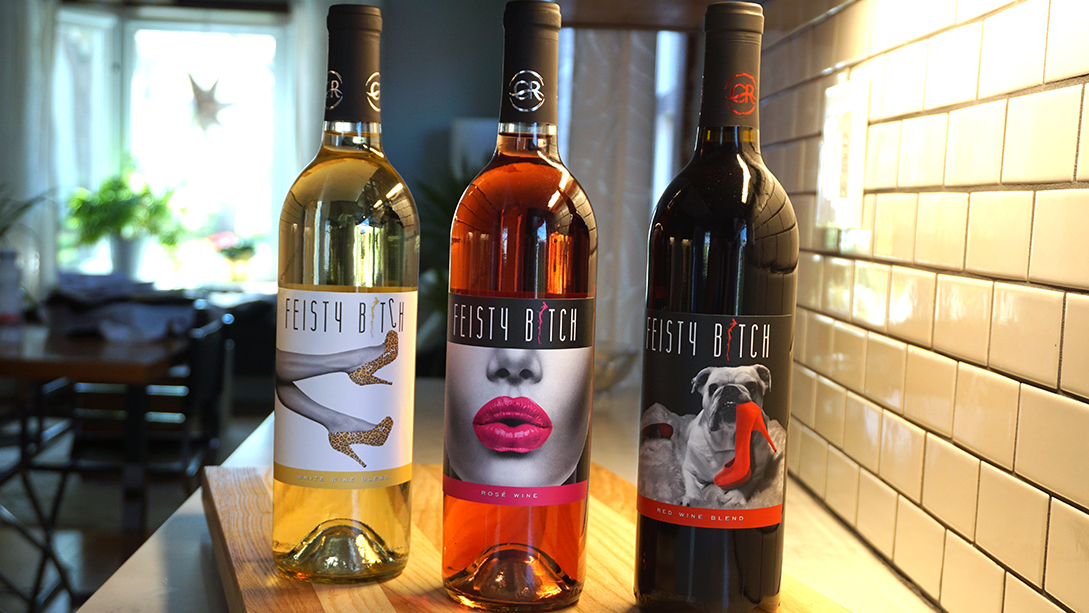 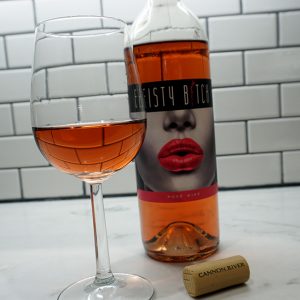 My favorite of this crowd. An aromatic bouquet of fresh strawberries gives you the impression that it might be a sappy-sweet wine, but it is decidedly semi-sweet with a nice crispness.
Grapes: a 100% Minnesota wine, Lacrosse & Frontenac

Red
Dark red berries — cherry and raspberry mingle together with notes of spiciness, balanced by just a hint of sweet. I preferred this semi-sweet red with just a bit of chill – 10, maybe 15 minutes in the fridge makes it a crisp, easy-drinking “summer red”.
Grapes: St Croix, Petite Syrah

White
A semi-sweet white with pear and melon on the nose which unfold into a juicy, sweet finish.  Overall, this one was a bit too sweet for my taste, but expect it will hit the right notes for many!
Grapes: Edelweiss, Brianna, Muscat

I also had the opportunity meet with head winemaker, Sam Jennings — who I also found out is a transplant from Napa, California. Why Minnesota? I had to ask.  “We’re pioneering here, which really interests me” Jennings replied.  After all, the art of making a great Cabernet has already been defined – but Minnesota is still experimenting with the best winemaking methods for these new grape varieties.

I sampled a few wines Jennings is working on out of the tank and just before bottling — a bone dry, 100% Minnesota Marquette and 100% Minnesota LaCrescent, which are among the best examples of Marquette and LaCrescent I’ve sampled recently (I also like ’em dry).  The Marquette, a blend of tank and barrel aged, imparts just the right amount of oakiness without being an “oak bomb” as Jennings put it.  Jennings did mention they would both be sweetened a touch before bottling — which happened just a few weeks ago, so I have yet to try the final product.

The Bitches were bottled and on the shelves as of May 15 along with their other new wines for this season – swing in and let me know what you think!

Along with new ownership, and new wines “Cannon River Winery has a whole new feel of “fun” added Valerie Showers, Marketing Manager at Cannon River Winery.  In addition to the new wines and more fun, big expansions are also in store for both the vineyard and tasting room: an additional 20 acres of vines are being planted, and a 10,000ft expansion to the tasting room will be underway by fall.  The tasting room is being remodeled and expanded to include food as well.

Cannon River Winery is located at 421 Mill Street West in Cannon Falls, MN.  Events, are information & more is available on their website at, www.cannonriverwinery.com.