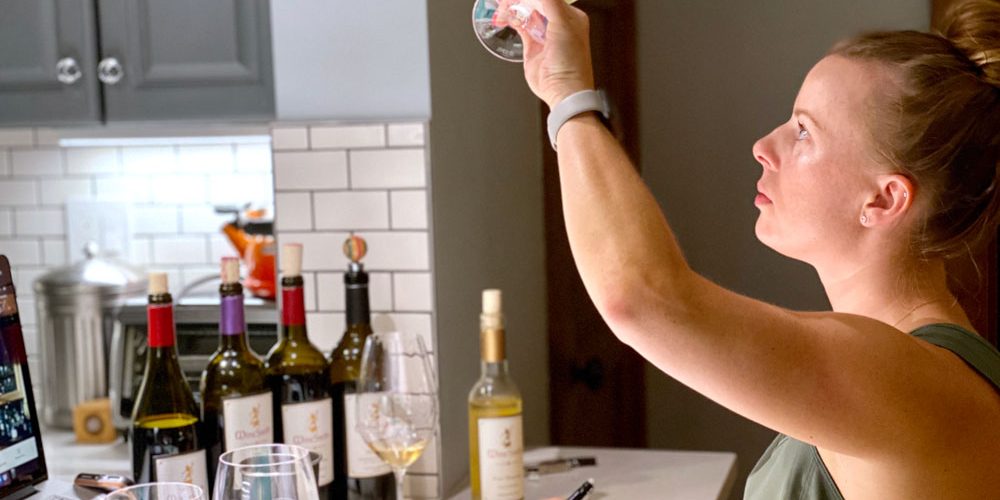 Cracking the box on the WineSmith Postmodern Select Six Sampler, I elapsed into a state of bliss looking over the unique labels: Sparkling Grenache Blanc de Noir (zero dosage), Norton (variety, North American hybrid), Petit Manseng (NV, a dessert wine), and Meritage (current release from 2014), among others.  Click here for the full line-up. 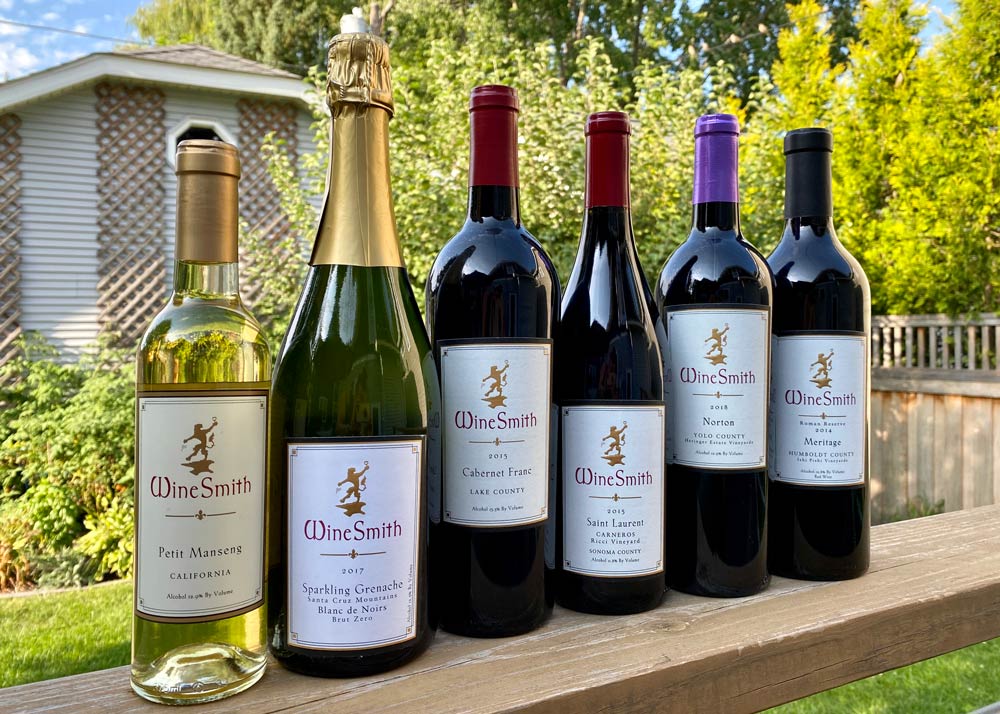 In addition to being the owner and winemaker of WineSmith wines, Smith is the author of a widely read book on winemaking: Postmodern Winemaking: Rethinking the Modern Science of an Ancient Craft. Smith is known as one of the world’s top wine scientists, and referred to as the “Godfather of Postmodern Winemaking”, having lectured on the subject at more than a handful of institutions including the University of California at Davis, Napa Valley College, Fresno State University, and L’Academie du Vin in Tokyo.

A tasting note of what to expect from these 400 pages: the book is dominated by mind-numbing winemaking science, but enlightening regardless of your level of winemaking knowledge. It includes a good dose of wit and whimsy which cut through the scientific jargon. The book leaves plenty of room for self-reflection. Overall, it’s a very good read.

If you want to cut out most of the heavy technical reading, Smith’s advice to non-winemakers is to breeze past the first 11 chapters, “just scan it over, don’t obsess, and you’ll get an appreciation of real-world winemaking conversations. Starting with Chapter 12, it’s a pretty easy read.”

The art & science of authentic winemaking

Smith, who considers himself a wine scientist over a winemaker, crafts his wines with complete transparency about his process.

Smith’s wines aren’t boosted by synthetic flavor or color additives unlike commercially mass-produced, ‘manipulated’ wines, but rather through techniques which analyze and transform the molecular structure of the wine to enhance desired flavors and aromas.

“Clark’s wines cause consumers to take a step back and question what is authentic wine,” said Jason Kallsen, founder and owner of Twin Cities Wine Education and The Wine Workshop.

“Clark is one of the very few to not only admit—but be proud of—using tools to make flavors and aromas that we want in wines,” Kallsen concluded.

Two examples of some of the scientific techniques Smith employs to balance his wines include micro-oxygenation and reverse osmosis.

Micro-oxygenation (microbüllage) is a scientific and controlled method of introducing oxygen in the winemaking process which minimizes the astringent and bitter qualities of tannins.  Micro-oxygenation does not reduce the level of tannin, but deliberately modifies them for a rounder and softer mouthfeel. Of the wines I sampled, this method was used in the Cabernet Franc, Norton, Meritage and Petit Manseng. I would describe the red wines of this group as having a velvety mouthfeel.

Reverse osmosis reduces the level of alcohol in a finished wine with minimal influence on other structural properties such as tannin, color, flavor, or aromatics. This method was not used in any of the wines I sampled.

If you think you’ve tried it all, you might give a look toward WineSmith wines for the uncommon varieties of wine in addition to the techniques used to produce them.

The subject of postmodern Winemaking leaves plenty of room for self-reflection. What really is a natural wine? What is considered manipulation, or over-manipulation in the winemaking process?

“I don’t like the word manipulation, because I think it’s deceitful,” asserted Smith.  “It’s the winemaker’s fault that we haven’t educated people about what we do.” Likening winemaking to employing cooking techniques to make a great meal, Smith’s argument is that Postmodern winemaking is simply applying processes that are designed to “give people something that is profound and delicious.”

Tech sheets for WineSmith’s wines describe in detail the fermentation techniques and elevage details used.  Hallmarks of the bottles that I sampled from WineSmith were minimally (or un-) filtered, and bottled with minimal (or no) added sulfites.

Weigh in: Should consumers care about how their wine is made? Should winemakers disclose it?  Let me know in a comment below!

Thanks to the Wine Media Conference I was able to receive the WineSmith Postmodern Select Six Sampler and join a virtual tasting led by Smith at no charge.

Had this year gone differently, I would have been lucky enough to meet with The Godfather of Postmodern Winemaking in person, as Smith trips planned to Minnesota to join Kallsen for seminars in April and August of this year.

Kallsen and Smith are still planing to offer several online courses through The Wine Workshop in the near future, and in-person seminars once Twin Cities Wine Education is able to safely offer them.  In the meantime:

How do you define ‘natural wine’?
What is considered manipulation, or over-manipulation in the winemaking process?
Should consumers care about how their wine is made? Should winemakers disclose it?
Let me know in a comment below!